The story of Sarayu

It all started with her. When I first saw her, she was very thin and had an abscess on her cheek almost the size of a tennis ball.

I was able to gain her confidence, treat the abscess and that was the beginning of our friendship… :-)) We could have her caught and neutered.

She always lives in the surroundings of my accommodation, where I spend my „holidays“ – so in the last few years it’s actually more like work assignments because of all the many cats to catch, neuter, treat and care for…

Luckily there is Davor, he is the caretaker and meanwhile a good friend, who gives the cats food when I am not there – and that is most of the time in the year at the moment.

At my next visit Sarayu was injured again, this time on her neck – but we fixed that too :-)))

And the last pictures testify to what came out of the formerly thin,
injured, shy cat…

Oh, and then it’s not always cats we rescue…

Sometimes it’s also a puppy like Nera, who was so scared that she hid in the drawer of one of our cat food places and whined terribly until we finally found her, took her to the vet, then to a friend’s house – she has a good place now, too.

There’s Sämi – he’s loud one night in June last year
came running to me, strongly limping, breathing heavily and yet purring, with a running nose.

At first I thought it was Tiger Lily and she had been hit by a car. I was almost desperate and did not know what was going on. Then Tigerlilly came running and that’s when I noticed that the one in front of me was not Tigerlilly at all.

I had never seen the young cat before and the cats there are not really very trustful. But this one it was extreme. Since she had such a strong running nose, I took her into the apartment to separate her from the other cats, since I did not know whether the little one (at least that I had noticed in the meantime that it was an ER…) at best
cat cold, which is contagious.

Then I examined him and saw that he had a relatively big, suppurating bite wound on his hind leg, on his eye he was also injured and just this cold and the heavy breathing. I then treated the wounds with ointment, gave him painkillers, brushed his nose and gave him something to eat – the little one was hungry as hell.

A styrofoam box was converted into a sleeping basket and then we were on night watch together – because a veterinarian was no longer available at that time. In the morning we went to the vet – there they operated on him (and castrated him) and he had to stay there for almost a week because he had fever and needed infusion with antibiotics (luckily it is not as expensive there as in Switzerland – but it cost me almost 200.– Fr.)

Fortunately the leukosis test turned out negative :-))). Then I took him back with me. But since I was only there for a good week and couldn’t take him to Switzerland because he hadn’t been vaccinated against rabies yet, I put him up with an acquaintance shortly before my return trip, with the promise that she would look after him too until I would come back in August and take him with me.

That was in the middle of June. Sämi, that’s how I baptized him, but then left there after a few days because there were probably too many people and too much unrest. I almost went crazy with worry in Switzerland. Surely it couldn’t be that this little guy, hurt as he was, found his way to me, I had saved him and now he should just be lost?!? And it was still a good two months before I could return to Croatia…

My mother and I told him over and over again that he should go back to where he found me when he was so hurt. At the end of August I was finally able to return and when I arrived at my rented apartment, who was sitting on the wall waiting for me?

SÄMI I couldn’t believe it and just had to cry. He was fine and he was as trusting and affectionate as before I left.

Animals are very dear to us. Especially cats. We care for animals, castrate them and give them the opportunity,
to continue living in their ancestral territory. 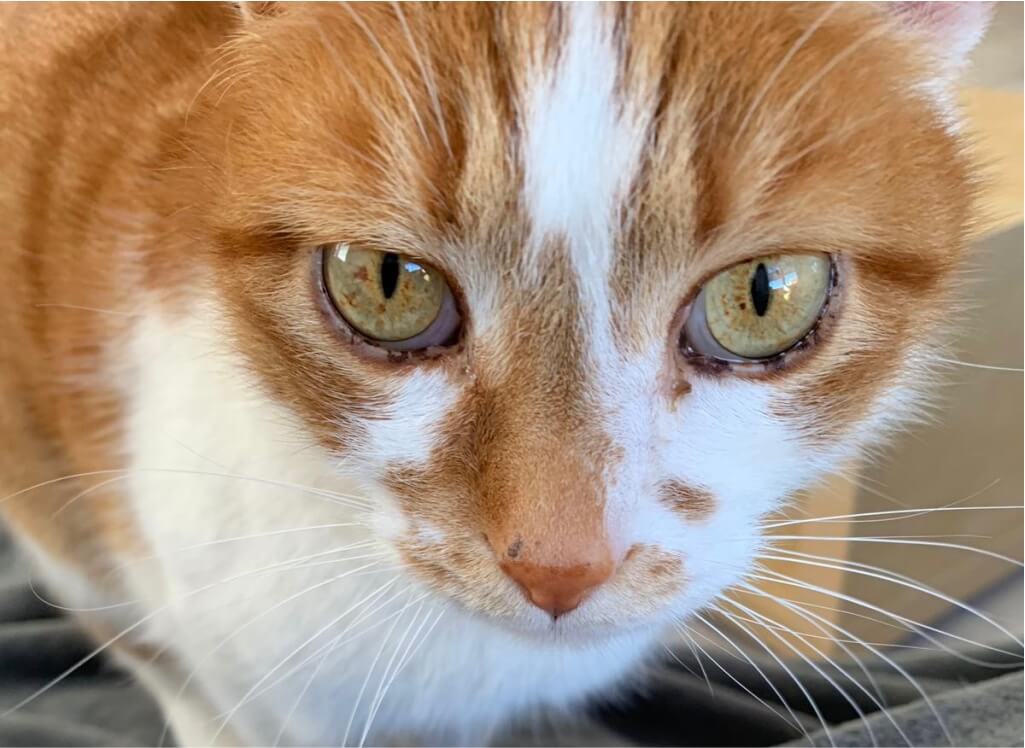 …to take animals off the streets and give them a good life.

Everyone can do something, join in!

Contact us today, we look forward to hearing from you.